Renting with bills included puts landlords at risk of massive energy bills. We look at how The Genius Hub allows landlords to stay in control of their tenants’ energy use. The challenge: It’s a dilemma that will be familiar to any landlord. An increasing number of tenants prefer to rent with bills included, to allow more certainty about their monthly spending. This puts landlords in a difficult situation, because although they’d like their tenants to be comfortable, the tenants have no incentive to turn the heating off when it’s not required.

With student tenants, there are a couple of months each year (during Christmas and Easter breaks) that the properties are empty, and only need to be heated to protect from frost. Even if only some of the students are away or out at University, there’s no need to heat empty bedrooms – but tenants never remember to turn their radiator off before they leave.

How can The Genius Hub help landlords?
All smart thermostats are great for allowing landlords to remotely switch off the heating when properties are empty, and some systems even allow you to control each radiator individually. The Genius Hub allows you to do both, but with the unique advantage that it uses Smart Sensors to learn when each room is normally used, and schedule the heating automatically.

That’s particularly important for landlords, because it means you don’t need to know the schedules of each of your tenants in order to figure out when the heating is required: The Genius Hub works it out for you.

Why did Bernard choose The Genius Hub?
Bernard’s houses previously had a 7 day programmer timer that was in a locked box in the kitchen. “It’s a simple solution that at least means the heating isn’t on all the time, but it’s difficult to know what times to set when each of the tenants have different schedules. You end up heating the whole house almost all the time, because somebody might be home.

I looked online at lots of different heating controls, but The Genius Hub is the only one that can learn when each room is being used.

That really helps, because then I don’t need to know the schedule of each student, it just sets itself automatically. “You have to make quite an outlay initially for all the valves and sensors, but it seemed worth it for the peace of mind of being able to see the temperatures and know that I’m not paying for the tenants to walk around in shorts and T-shirts, leaving the windows open or heating empty rooms.

Initially, I just installed it in 2 of my properties, to see how it performed in reality.” He adds that Genius Hub are a “pleasure to work with” and have been “very communicative throughout the whole process”.

The system is monitored and controlled online, but Jack tells us he prefers using the app on his phone, as “it’s so easy to use”.  He goes on to explain he was in London one afternoon and realised there was a small number of rooms in use at the hotel that evening, and he could “turn the rest of the rooms down from there” adding “it was great!” 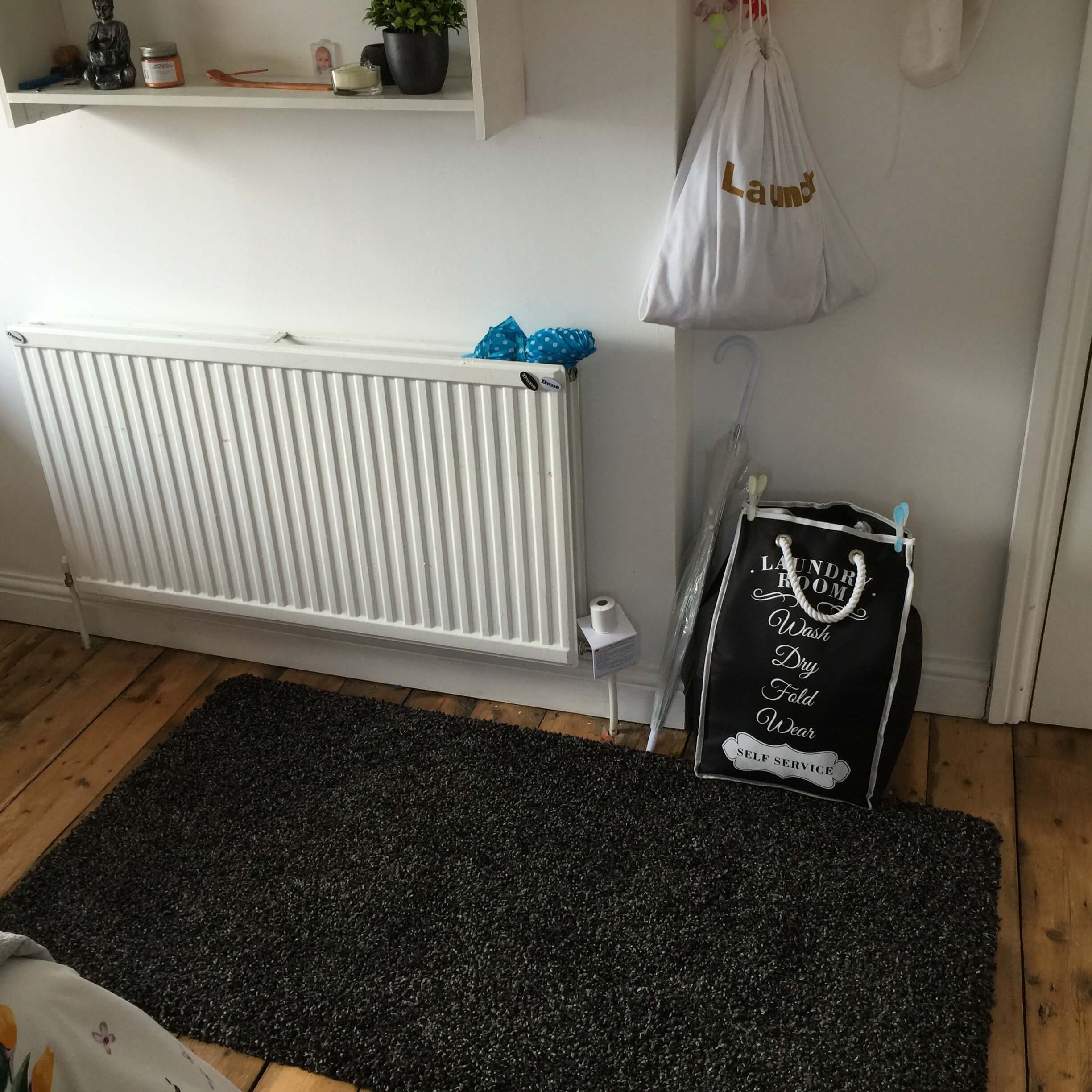 Has The Genius Hub helped?
Bernard’s had the system installed in two of his properties for a couple of years so far, and his impressions have been good. “It’s been very reliable, which is the most important thing – you don’t want to have to deal with grumpy cold students or have to keep visiting the properties to fix something!

The only thing I have to do is occasionally change the batteries, really. But when there have been any issues, the customer service has been really excellent.

Genius Hub resolve problems really quickly and are always easy to get in touch with them and speak to somebody knowledgeable. They’re also happy to speak directly with the tenants, which is such a relief after playing piggy-in-the-middle with Internet providers etc.!

The Genius Hub also lets me log in remotely from my laptop or phone and turn off the heating when they leave on holiday, which saves me making a trip to each property.”

Has The Genius Hub delivered energy savings?
“In the first year, I wasn’t sure whether the automatic mode would cope with the students’ erratic schedules so I just set up timers for each room. That save 16% energy compared to the previous year. But in the second year, I swapped it into the automatic ‘footprint mode’ and last winter it saved me 22%. Not bad – but still, it’s more for the peace of mind that I won’t suddenly get a massive gas bill.”

Conclusion
Overall, Bernard is very positive about how The Genius Hub is working for him as a landlord. “Would I recommend The Genius Hub? Well I’ve just bought 7 more systems for my other properties, so I guess that speaks for itself! I’ve also mentioned it to a few other landlords and one of them went on to buy 10 systems. I think a lot of landlords would really appreciate The Genius Hub, they just don’t know that something like that exists. I’d strongly recommend it to any landlord that’s renting properties with bills included.”