The Belvedere Care Home run by the Royal Alfred Seafarers’ Society is a beautiful and very well looked after 80 bed care home providing housing, residential and nursing care to former seafarers, their widows and dependants, and has been for more than 150 years. Their residential and nursing care home, Belvedere House, together with their sheltered flats, are situated within the idyllic grounds of the Weston Acres Estate, near Banstead, Surrey.

Care homes need accurate control of the heating in each room because of the vulnerable residents who live there. With the higher temperatures required in the rooms to keep residents happy, heating costs are a serious consideration for the management of any care home.

The Royal Alfred Seafarers Society had already gone to significant lengths to reduce their carbon output by installing a biomass boiler and solar panels, but this was not enough for them, they also wanted to reduce the amount of heating required on site, so they could reduce how many wood pellets was purchased, as well as improve the comfort of residents.

In Autumn 2018 they decided to install the Genius Hub into all of the rooms in the property and this has had a big impact on the costs of heating, and it stops the care home wasting valuable energy heating rooms that are not occupied during the day. Using the occupancy detection in the residents’ rooms, the Genius Hub lowers the temperature in the more mobile residents’ rooms who choose to spend the days in the communal areas or those who leave the site for the day, thereby not leaving all of the rooms at 24ºC twenty four hours per day as was the case before.

The site also knew they had a problem with the biomass system which one of the Genius Hub engineers managed to solve during the installation of the Genius Hub. As part of the room control which was offered to them, giving them individual and personalised control of each of the residents’ rooms using the smart Genius Radiator Valves, Genius Hub also included a mini side project to monitor their three gas boilers and biomass boiler, to try and establish why the biomass was never working at more than 25% capacity. The lack of biomass heat was a big problem as they were planning on using the RHI (a government scheme used to financially support renewable technologies) to repay for the installation of the biomass.

The Genius Hub engineer then helped the management install a new BEMS system to control the Biomass Boiler and three Gas Boilers and link this all up to the Genius Hub controls in the rooms. Now the biomass takes priority and the three gas boilers will only run if the biomass cannot provide enough heat for the heat load. Genius Hub will do its part in keeping the heat load as low as it possibly can, by only bringing on the rooms that actually need heating. 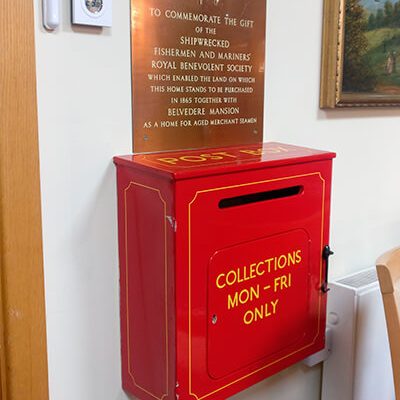 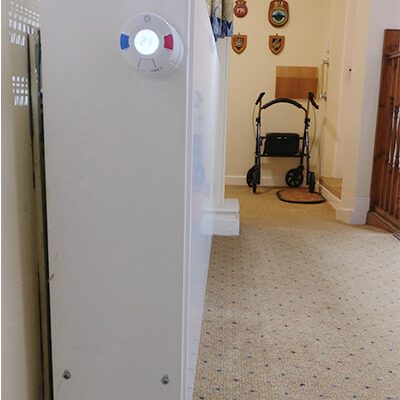 Genius Hub interviewed Richard Condie (Estates Manager) and Karen Goddard (Business Manager) 12 months after the installation of the Genius Hub to hear how they thought things had gone.

How did you hear about Genius Hub?
Richard: I was looking at smart systems to try and reduce the spend the home had on biomass and gas, and I was mainly looking online. We were looking for more control over the heating as we felt that we were wasting a lot of heat in rooms that were not occupied and rooms were often getting too hot.

Another company contacted us about their smart valves, but when looking at the alternatives I prefered the Genius Hub valves as they were smaller and more robust looking.

Why smart heating controls?
Karen: We were Interested in green initiatives as the environment is important to us. We got the biomass boiler and also some solar panels, so we are already investing in renewable resources. We see that we are at forefront of new technology and reducing the amount of energy that the home used was important to us.

Why did you choose Genius Hub?
Richard: Because of the flexibility that it was going to offer. Before we could only control the temperature in the resident’s room with the manual thermostatic radiator valve, which is often next to the window, so I’d often go into a room and the radiator would be on and the window wide open, even in winter! Being able to provide the right levels of comfort all of the time for the residents and also the staff was of key importance to us.

What was your main consideration before the purchase?
Richard: Value for money was really important as we have to pass the value onto our residents. To try and do this with a BEMS (Building Energy Management System) would have been prohibitively expensive and the disruption to the day to day running of the care home would have been too much.

The quality of the product was clear to see with the Genius Hub Valves, and the flexibility it gave us – because the system is totally wireless – meant that there were no drilling of holes or running of cables. We couldn’t move residents out of their rooms during the installation so it had to be done with as little mess and disruption as possible.

Was there anything to be concerned about?
Karen: Not really – before we said yes we had met with the salesman many times. We’d done our research thoroughly and we got feedback from another care home customer who had the system which was really positive. My only reservations were only from our side when the residents had nothing else to talk about other than the new heating system, this is fine now. When you are spending a lot of money we had to be certain about the choice and we’re pleased we chose the Genius Hub system.

What were your first impressions of the Genius Hub?
Karen: A really positive experience with a couple of little hiccups. There were only a few minor things that needed sorting, and these were picked up quickly, and the ongoing support has been good, remotely from the engineers over the phone and also when they come to service the system.

How was the installation?
Richard: This was organised well and carried out well. The installation engineers sat down with us before the installation started and discussed each part in detail so there were no surprises. Unforeseen issues with our existing low temperature radiators were overcome without any additional cost, and it was nice to work with a company who came to us with the solutions to the problems they encountered with our heating rather than making us have to come up with a solution.

What do you like about the system?
Karen: Setting temperatures that are correct for the individuals is key for me as the business manager, I need to make sure that everything is just as it should be. I also like the fact that the system knows where we don’t need to heat rooms, so we know that it is saving us money and reducing the impact on the environment where we can. We also like how easy it is for Richard to manage. It’s a big site and now Richard can check the temperature in the rooms at a click of a button, increasing or decreasing the temperature in the resident’s rooms if they request it.

What were your staffs’ impressions of the Genius Hub?
Karen: The nurses were not that happy about the change to start with, but once it was in they we’re fine with it, now there is always some resistance to change in any large organisation, they knew why we were doing it and this helped them accept the change. They now see the advantages from having cooler corridors which they like as well as being able to work in a cooler environment in the rooms where the residents are more active.

How do you use the system?
Richard: I use it 50:50 on a tablet or my computer. It is excellent that I can now make a change and then at home check in and see if it had an effect, saving me time from coming to site to adjust the heating and giving me peace of mind that everything is OK at the care home when I am not on site.

Have you benefited in any other way?
Richard: I am very pleased with all of the information we now get from the system. Like being able to look back over the real temperatures on a chart from the past weeks means I can be sure that residents are always at the right temperature should anyone ask. I also like being able to see when the rooms are being used – this is really useful for the nursing side of things. 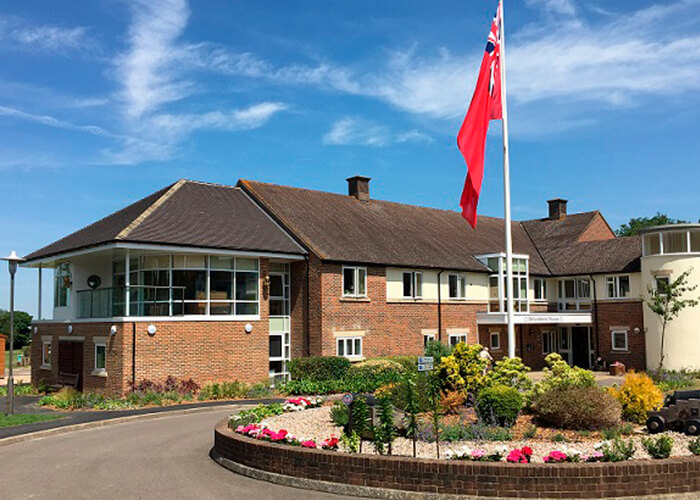 What were your final thoughts?
Richard: Overall we are really pleased with the system and it was an excellent investment for the home. We would recommend it to others and we were pleased to have it recommended to us. I can’t imagine a situation without it now it is an excellent tool to help us run the home and save energy.